What about touring in South-Korea?

Through a befriended Korean artist and one of her favorite Korean bands called “Jambinai“, I came in contact with the South Korean rock scene a few years ago. Since then, I go there every year to see bands, meet friends and new people. This is the reason why many bands ask me about the possibility of touring in Korea.

So I asked my friends Trash and Jeff from the band “… Whatever that means” what it’s like to tour and what it’s like to be in a punk rock band in South Korea. They are very active in the rock scene and toured both in Asia and the US.

You play in a Korean punk rock band. What does the South-Korean rock scene look like?

The scene here is great, but it’s small. There isn’t really any “music industry” in Korea except for K-Pop. So that means that pretty much anybody in any kind of rock band is an independent artist and part of the underground scene. There are a few rare exceptions, but that’s mostly the way it is. The good side of that is having great bands play local scene shows for decades. The down side is that bands don’t really have much room to grow. 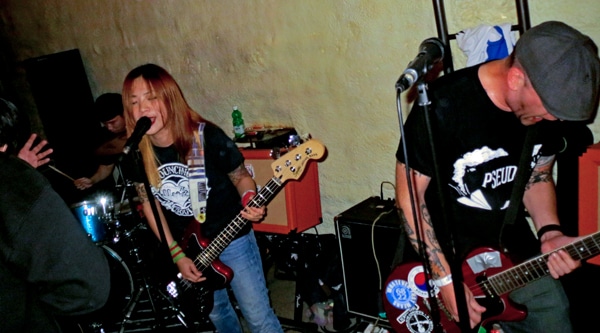 How political is the punk rock scene in South-Korea? Against what do South-Korean bands rebel?

The scene here isn’t too blatantly political. As opposed to a straight political ideology, most bands rebel against the conservative Confucian nature of Korean society. The ideas that there is a social hierarchy that needs to be maintained and respected, that women are not equal in the workplace (or outside of it), that you need to give up your entire life to be subservient to your boss and career… that’s what you’ll find people rebelling against in the Korean punk scene.

In which countries did you tour before and how long are your average tours?

We’ve toured all over Korea, Malaysia, Singapore, and the US West Coast. Our international tours usually last around 2 weeks. 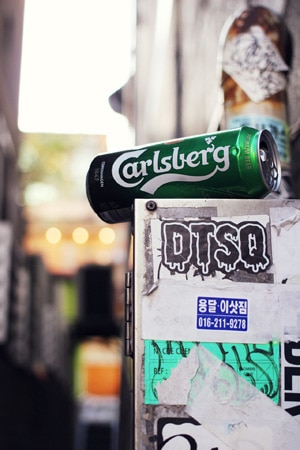 What about touring in South-Korea? Where do rock bands play?

Touring in Korea can be a lot of fun, but unless you’re an internationally well-known act, it isn’t something that is going to make you much money. Especially in the punk scene, shows happen almost 100% exclusively Friday through Sunday, and most shows happen in Seoul. There are some other really fun venues to play in other cities like Daegu, Busan, Gwangju, etc., but again, these aren’t places where you’re going to make a bunch of money. But if bands are in Asia and want to come play a couple of really fun shows for an excited local scene, Korea is definitely a great place to visit.

You have toured in the US before. What are the differences between touring in the US and South-Korea?

I’d say there are two. First, you can play every day of the week in the US. I know that’s true in a lot of countries, but it’s a huge difference from here. The other is the existence of a real rock music industry in the US and the fact that normal people know what punk rock is. In Korea, 99% of the time when you’re playing a show, you’re playing for people who are part of the punk rock scene. In the US, you have the opportunity to play for a lot of people who might not be punks but enjoy good rock music and are willing to give your band a chance. That’s a really cool thing.

I’ve heard that some bands combine shows in Korea, Japan and China for a tour. Is that a common thing?

There used to be a yearly event called the Korea-Japan Oi Fest (later renamed the Korea-Japan Punk Fest). One year it would be in Korea, and a bunch of Japanese bands would come over to play. The next year, it’d be in Japan, and a bunch of Korean bands would fly over to play. Unfortunately, that hasn’t happened in a few years. It’s pretty common for bands from those 3 countries to tour in those countries, but there aren’t any other combined events these days that I know of. 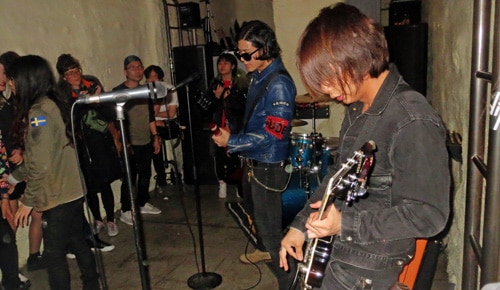 In Europe you rent a van and drive with your backline from town to town. How do you travel in South-Korea?

In Korea, every venue has their own backline. You just show up with your instruments, plug in, and play. It’s pretty convenient. And since you’re traveling so light, it’s easy to just hop on a bus or train to travel from place to place.

K-Pop is South Korea’s biggest, most visible form of propaganda. The only way punk bands will be able to play in North Korea is if the dictatorship up there ends and they step into the 21st century. 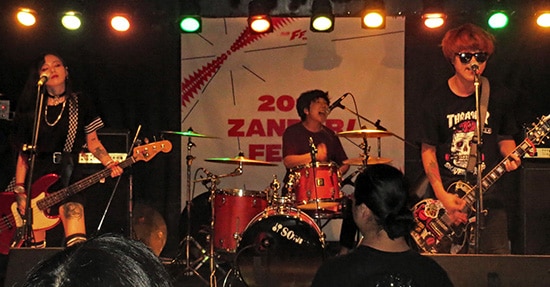 What are your best and worst tour memories?

One of my favorite places to go on every US tour is a small college town called Corvallis, Oregon. We play in a small side room of a local coffee shop called the Interzone Cafe. They usually cram about 20-30 people into that tiny room, which really packs it full. But the whole front wall is a floor to ceiling window on Main Street, so there are always a ton of people watching outside too. You’ll see people walking down the street and just stop to check out the show. It’s really cool. I love playing that place.

Bad memories… we had a complete bust of a show on our first US tour. We were scheduled to play at this sports bar that had shows pretty regularly. We pulled in there on the night of our show, and it was completely empty. There were no announcements up anywhere about our show or tour. We asked the owner what was going on, and she replied, “Well, we realized you guys were gonna be here on a Tuesday, and that’s our open mic night, so you can just play open mic.”

Nobody knew there was a touring band in town, and we definitely weren’t getting paid. We ended up just playing with a local band made of guys in their 60s playing really bad classic rock covers. To make it even worse, those old guys sat at the bar mocking us the whole time we played, so we did about a 15 minute set and left. A friend of ours was able to track down a couple local punks, so we just drank with them at a different bar late into the night. That part was okay. Haha.

Check out “…Whatever That Means” on Bandcamp and Facebook!