There are 5 major artist fee models that you will encounter frequently. With the Band-Vans.net Artist Fee Calculator, you can easily calculate how much you would get with each deal. You can use the calculator to help with your fee negotiations or with the accounting after the show.

Depending on the area and region, these deals occur at various rates. There are some countries and music scenes in which fixed fees are more common. In others, you can hardly count on fixed fee amounts. Of course, other types of deals exist too, but they only occur in a few regions of the world or with very well-known bands. Therefore, these types of deals are not considered here.

If a fixed fee is agreed upon, you will receive a fixed amount that is negotiated beforehand. For festivals, only fixed amounts are usually agreed upon.

With a fixed fee, musicians are paid for the time, ideas, work, and skills which they put into their music and performances and then make available to the public.

With artists, it often works differently. At club shows, local promotors cannot pay fixed fees to unknown bands because of the risk involved. They pay fixed fees either for established bands where the risk is low or if they have reserves or subsidies to fall back on.

There are several reasons why fixed fees are the exception. On one hand, there is more supply than demand. Concert organizers receive hundreds of performance requests every week. On the other hand, there are not enough concert-goers who care too much about the quality of live shows.

Apart from that, the boundaries between hobby and profession in the music field are often blurred. There are many high-quality bands who don’t necessarily have to rely on payment and can, therefore, take on a higher risk with their deals. However, this makes it harder for the musicians whose entire lives revolve around their band.

You can be happy about receiving a fixed fee, but it can also be a risk. For example, if you have a fixed fee of $500 for a club show and 200 people come, then you can assume that either the production costs are very high or your fee is too low. Commercial local promoters don’t want to take on any risks and they try to keep the amount low in order to make a profit.

On the other hand, if things don’t go well and the organizers lose money because of the fixed fee, they probably won’t book you again.

It is up to you to negotiate a fixed fee that is neither too high nor too low. It helps if you know your “market value.”

With a simple door deal, you share the income with the local promoter, according to a previously negotiated percentage ratio. Starting from when the first ticket is sold, you will receive a share of the entry revenue.

Pure percentage deals are used more often with bands that are not yet established because the promoters take less of a risk that way.

“Door deal” means that the income of the band depends on the income at the door, which is the entrance fee. This income can not only be generated at the box office, but it can also be generated from advance sales as well.

Many tour operators first deduct the sales tax from the gross income and then share the rest with the bands, according to a previously negotiated ratio.

During your negotiations with a local promoter, ask them if a 70/30 split, for instance, means that the whole 70% will go to you or if part of it will go to the support bands.

In the end, the local support act may get just as much as the touring band. Maybe most people came because of the support band or perhaps there were other reasons. However, that must be communicated clearly beforehand. 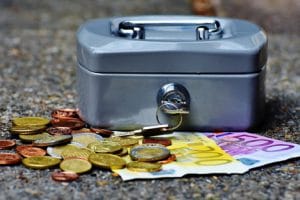 If a local promoter is known, trustworthy or has good references, you can make this kind of a deal. As an unknown band, you have no other choice. This deal carries the risk that the organizers might be less motivated to promote the show without a guarantee, especially if they also have low production costs.

But this is the exception and not the rule. You shouldn’t assume that a local promoter has advertised a show insufficiently just because there are few visitors. Even if all advertising possibilities have been exhausted, the club can remain empty.

A percentage deal is a risk. On the other hand, you’ll probably get to play again in the club, even if it doesn’t go so well.

With “Guarantee versus Percentage,” you also get a previously negotiated percentage of the income. But if the income is lower than the minimum guarantee, you get the guaranteed amount.

With this deal, you usually have the lowest risk because the guarantee provides financial security. If only a few people come, you still don’t come away emptyhanded. If things go well, you’ll get a percentage share from the first ticket sold. Therefore, the best-case scenario is that you receive more than the guarantee amount.

With this deal, you get an agreed guarantee and a percentage of the income as well. However, you only receive a percentage from the point at which the production costs are covered and the event makes a profit (Break Even).

Although the local promoters take on a risk with the guarantee amount, they also keep the entire entrance fee amount up to the point at which their costs are covered. This point is called the “break-even point.”

At the bottom of the corresponding fee calculator, you can see how many visitors it took for the break-even point to be reached. For simplicity’s sake, only the box office price is used here. This number is especially important for the local promoters, but it also shows you how many visitors it takes for you to earn something over and above the guarantee.

After their costs have been covered, the local promoters will pay you a previously negotiated percentage share. Without a guarantee, this is the riskiest deal for you to make. 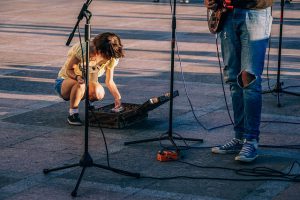 If the organizers have particularly high production costs or no way to absorb a possible loss, they will try to secure themselves with this deal. Since they are passing a large part of the risk on to you, it is possible that you will go home empty-handed.

Therefore, it only makes sense for you to make this deal if you are convinced of the show’s success or if you accept a minus deal (you also have travel expenses etc.). You should insist on a list of production costs too. The higher these costs are, the less chance there is of an adequate fee.